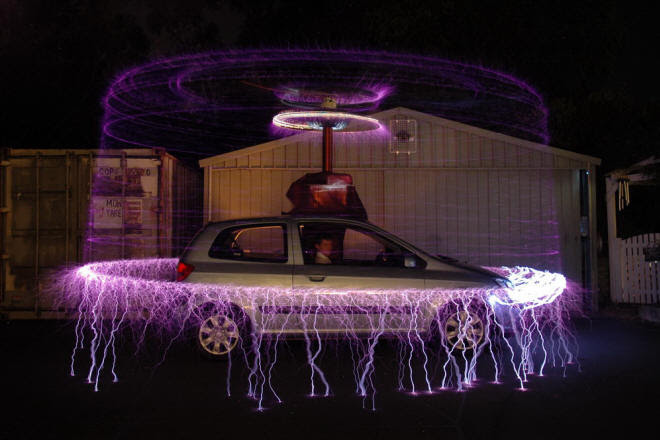 The following questions are designed to assess your knowledge in a number of areas.
We do not expect you to be able to answer all questions or sections.
Do not guess if you are unsure. Wrong answers will be marked negatively
You have 45 minutes to solve the following 100 questions. Please mark the answers you regard as right with a cross in the checkbox  or . If you are offered  as checkboxes, only one correct answer is possible. If you are offered  as checkboxes, more than one answer could be correct.
Please put your name on each page. Please put the date and the time on the first page.


Subject area
from ....possible
in per cent
General
20

01. There are 4 hard disks built into a system. Which statement is correct concerning the maximum number of extended partitions under DOS 6?


02. Which command would write a new Master Boot Record under MS-DOS version 6.0 and upwards?


05. Which feature describes the El Torito-specification?

07. Which of the following statements concerning the Windows XP Recovery Console are correct?


09. What is defined as a volatile memory?


10. Which statements concerning SCSI are correct?


11. What is the maximum number of devices which can be accessed through the USB port?

12. Is it possible to simultaneously run devices at all three of the SCSI plugs of a Wide-SCSI adapter?

○ Yes, but only if it concerns devices with active termination
○ No, maximum two of the three adapter plugs can be used at the same time
○ Yes, this is possible without any difficulties

13. Garbage characters are the result of every printout from a laser printer. What could be the reason?


14. What has to be categorically activated in the terminal program used when transmitting data at high velocity (e.g. 56 kbps)?


15. Which command for modems resets newer modems to their factory default settings?

○ ATZ
○ AT&V
○ AT&F
○ AT&T
16. Is it possible to use two channels simultaneously over one ISDN line?

○ Yes
○ No
○ Only if it is a special ISDN line

17. Which function does the D-channel have regarding an ISDN line?

○ A special transport protocol used in the Internet
○ A module that realises the serial interface in the computer
○ A nodal point in the public telecommunications network
○ A technique to plug in ISDN devices
19. Which of the following Hayes commands forces a modem not to wait for a dial tone?
○ ATR0
○ ATX3
○ AT&R

20. Which Port and IRQ will be used by COM2 Interface?

○ There is no difference.
○ Windows 2003 introduced User and Device CALs


23. What are Built-in Licenses for Windows 2000 Terminal Server?


24. Do Windows XP Embedded or Windows XP Home Clients get a Built-In License?

○ Yes, you can install any licenses there
○ No, you need a Windows 2003 Terminal Server licensing server


28. Is it possible to use Device CALs and User CALs on the same TS?

○ Yes, it is possible to configure them that way
○ No, licenses are randomly issued from the Terminal Server licensing servers

○ Nothing, there is not difference other than 5.0 with Windows 2000 and 5.1 is shipped with Windows XP
○ You can save your connections settings to an RDP File


34. Is it possible to redirect USB Ports of the local Client into the Terminal Server Session with Windows 2003?

○ Yes, for general use
○ Yes, for printing use only
○ No, not at all
○ No, only with RDP 5.2 on the Client

35. Is it possible to redirect network printers installed on a client into a Terminal Server Session?


36. What is the difference between Version-2 and Version-3 Printer Drivers?


37. Are you able to install kernel mode drivers on a Windows 2003 Server by default?

○ Yes, by default
○ No, you need to apply a group policy setting for it


39. Are you able to move the folder of the spooler to a different location? Why would you want to do that?

○ Yes, you can do that in the properties of the printing server itself
○ No, you have to have it in the default place


40. What should you consider, in respect to printer drivers, when you run a Printer Server on a cluster?

○ Nothing, everything is the same as a normal print server
○ You need to have the same drivers in the same versions on each cluster
○ You can install different versions of the drivers on the nodes

41. If a “BSOD” message occurs, this means that;
○ an application has crashed.
○ the system has crashed.


42. Your Server experiences problems with DCOM.
Which tool should you use to verify that a DCOM component is registered properly?
○ Dcomcfg.exe
○ Dcomcnfg.exe
○ Dcomexec.exe

43. You try to execute a file, and receive the message:
“%1 is not a valid Win32 application.” This means that;
○ The file is corrupt and can't be executed
○ The file is a Bitmap file
○ The file can not be accessed and executed


44. Which OS does NOT support HT (Hyperthreading)?


52. What is the name of the tool, which you can used to disable services and
autostart applications on Windows XP?
○ Config.exe
○ Msconfig.exe
○ Msd.exe


54. You have a memory leak. Which tool should you use to find the leak?
○ Poolmon.exe
○ Regmon.exe
○ Filemon.exe
○ Msconfig.exe

○ Allows up to ten concurrent connections to the machine solely for file and print services, internet information services, and remote access.

○ Allows up to unlimited concurrent connections to the machine solely for file and print services, internet information services, and remote access

62. Ping is a command-line utility that

○ works by sending ICMP echo requests to an IP address, while incrementing the Time to Live (TTL) field in the IP header, starting at 1, and analyzing the ICMP errors that are returned.

63. Active Directory directory service domains with single-label DNS names are supported with Service Pack 4 for Windows 2000 Server. This statement is;

64. What are the common mistakes that are made when administrators set up DNS on network that contains a single Windows 2000 or Windows Server 2003 domain controller?

The most common mistakes are:

⁮ The domain controller is not pointing to itself for DNS resolution on all network interfaces.

⁮ The "." zone exists under forward lookup zones in DNS.

⁮ Other computers on the local area network (LAN) do not point to the Windows 2000 or Windows Server 2003 DNS server for DNS.

66. Do I need to configure forwarders in DNS, if the “.” zone is deleted in the
forward lookup zone?

67. DHCP clients are unable to get IP addresses from the server.
This problem can be caused by the following:

⁮ The IP address of the DHCP server being changed so that DHCP clients cannot get IP addresses.

⁮ Using a default gateway on the network connection of the DHCP server so that the server is not using the same IP address as the router which supports the remote subnet where the clients are located.

⁮ There existing only one route between the DHCP server and the remote subnet clients.

○ Link cannot be negotiated because of a bad link or lack of transport.

○ Link can be negotiated to all shared folders.

○ Link can be negotiated but not to all shared folders.

69. Which tool from Microsoft allows you to reset the TCP/IP protocol

70. What is wireless auto configuration?

71. What is IAS (Internet Authentication Service)?

○ IAS is the Windows implementation of a Remote Authentication Dial-In User Service (RADIUS) server in Windows 2000 Server and a RADIUS server and proxy in Windows Server 2003.

72. Which authentication protocols does IAS support?

73. What usage scenarios are currently recommended?

○ IPsec can be used to create secure VPN connections across the Internet for remote access and branch office connectivity.

77. Do you have to exempt DNS traffic from being secured with IPsec?

○ Yes, you should create an exemption that permits DNS traffic (TCP port 53 and UDP port 53).

○ No, you don’t have to create an exemption that permits DNS traffic (TCP port 53 and UDP port 53).


78. Do you need to exempt NetBIOS over TCP/IP name resolution traffic from being secured with IPsec?


79. How does a “disconnect” appear in a NetMon trace?

⁮ The TCP RST flag is used for an ended ("abortive") session disconnection.

80. You have two Windows 2000 clients in the same subnet, which are connected to
another subnet through a router. The clients have the correct default gateway. You try to access one client from the other one.
When will be the router connected?

○ Every time a packet will be sent into the network
○ Never in this situation
○ If the 2nd client can’t be connected.

⁮ Put the Server in native mode?
⁮ Install Service Pack 1 on the Server?
⁮ User should disconnect themselves from the Group Membership?
⁮ To raise the Registry Key to the Maximum Token Size?


82. In which File would the Registry entry of the User Profile be saved?


83. Which Group is replicated Forest-wide?


84. What is the command to immediately apply a change of policies?

85. In which folder are policies stored in Windows Server 2003?

86. Which tool would you use to establish if a process is blocking the profile restoration on the server?

87. With which utility you can verify if all containers have been successfully replicated to the replication partner?

88. Which protocol can be used for replication?

89. In which order will policies be executed?

91. In which file are the Active Directory objects saved?


92. Where can the Global Catalogue be configured?


93. Which of the following authentification methods are applied in Windows 2000/2003?


94. Which protocol/service is required by the Active Directory?


96. With which tools can you display/indicate the AD Container?


97. How can one recover locked files when the certificate is no longer available?


98. Which Snap-Ins can be used to display objects in the “Lost and Found” Container?


99. What is the main difference between the Registry keys HKey User and HK
CurrentUser?


100. Root/Child Enviroment. The only DC of a Child Domain is tombstoned. What
possibilities do you have to keep the Child Domain alive?

⁮ Creation of a new Child Domain
⁮ Restore the systemstate from a Backup.
⁮ Reset the Secure Channel
⁮ Add a additional DC to the Child Domain.

We're very proud to announce that we have just put pen to paper on a 12-month contract with Limelight Networks, Inc. Limelight Networks is an extremely highly regarded Content Distribution Network, serving companies such as Microsoft, MSNBC, Valve, Oprah.com, and Electronic Arts to name but a few of their clients.

Thanks to this, we will now be distributing Video's through literally thousands of servers connected to over 800 last-mile networks around the world. In laments terms - if you connect to VReel from Finland, you're downloading all our content from our high speed servers based in Finland - and that goes for pretty much everywhere else in the world.

On top of this, We will also be leasing storage from Limelight - giving us a virtually unlimited amount of space for storing video content.
We've got some very exciting times ahead of us, and we hope you'll be there with us.
All the best, The VReel team.